Do You Live a Spirited Life?
Many folks kind of go through the motions in their lives, moving from one obligation, commitment, or task to another without much thinking about it. Then, there are others who seem to look at life as more of an adventure. It’s no accident that often, these folks are people who love good food and drink

— and occasions to enjoy both. Among those good drinks are…you guessed it…spirits. And among those ‘spirits,’ one of the top favourites the world over is rum. 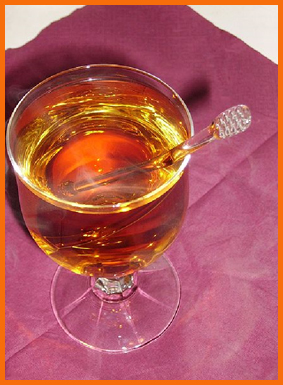 If you’re looking for a simple ‘spirit,’  you can’t get simpler than rum: it’s basically sugar and water — or maybe more accurately, molasses and water — which is then fermented with a yeast mixture. Although the refined rum is a colorless liquid, additions of caramel (itself burnt sugar!), as well as myriad techniques of barrel-aging, give various rums their golden hues — and the longer the rum is fermented, the more full-bodied and richer it becomes.

The differences between light rums and darker rums happen in the distillation and filtering processes the various formulas go through. Light rum has almost no flavour in and of itself (similar to vodka);  if you love daiquiris, you enjoy the lightness of the white rum with lime juice. Dark rum mixed drinks, by contrast, are fuller-bodied and use mixers that have robust flavors in their own right. If you’re a rum-and-coke fan, you already know that classic sweet, strong flavor. There’s a similar flavor to planter’s punch — aptly named because this mixture of dark rum, lemon and lime juices, and grenadine syrup does, indeed, ‘pack a punch.’

From Jamaica to Northumberland – a fascinating ‘rum’ story told at www.alnwickrum.com.

You’ll find that rums come from all over the world — from the Caribbean and South America to the United States, Australia, and beyond. It’s also an amusing fact of historical record that rum enjoyed a reputation as a medicinal in the 1700s, because of its calming effect on Caribbean pirates! By the middle of the eighteenth century, Grog (a mixture of 160-proof rum and water in equal parts) was part of the daily rations for the British Navy — and continued to play an important role in Navy lore until the twentieth century.

While most of us would readily identify the Caribbean as a source of rum, however, how many of us would think to look for a distillery in Holland — or a bottler in Scotland? How Jamaican and Guyanan blends found their way to temporary homes in these places (on their way to a permanent site in Northumberland) is a fascinating story told at alnwickrum.com. Yet another example of the international appeal — and reach — of this mellow, warming spirit.

Feeling Spirited from Aperitif to Dessert

Although we don’t dispense rum over the counter as a medicine nowadays, we still use it in ‘hot toddies,’ drinks composed of rum and various fruit juices, teas, and other flavourings, served hot as home remedies for colds and flu — and rice pudding, often flavoured with rum-soaked raisins, is a time-honored remedy for sensitive tummies. You might say we still believe, on some level, that rum’s ‘good for what ails you.’

Even if nothing ails you, though, you can enjoy rum from beginning to end of a meal. Rum plays a key role in many desserts the world over, among them the delicate Baba au Rhum, a French-influenced rum-infused cake served with a generous portion of rum-flavored whipped cream.

A spirited life, it seems, is both soothing and sweet — an unbeatable combination!