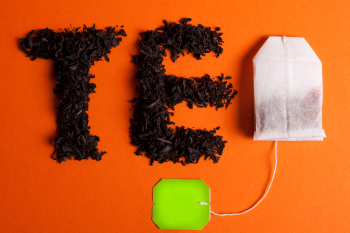 Originating in Asia, tea has been a part of human existence for thousands of years. The earliest records indicate that tea has been in use since 10th Century B.C. In terms of worldwide consumption, tea is second only to water. With so many different varieties of tea available, you probably have a favorite that you enjoy. Served hot or cold, there's no denying that tea can be a tasty and satisfying drink before, during, or after a delicious meal. But while you're enjoying a mug of your favorite tea, you may not be aware that tea is helping you live longer. Let's take a look at 7 ways that drinking tea daily can add to your overall health and vitality.

Heart disease is currently the leading cause of death in the U.S., claiming over 600,000 lives in 2007 alone. So it stands to reason that you want to do whatever is in your power to avoid becoming a victim of this deadly killer. Drinking tea on a daily basis reduces this risk considerably. A recent study indicates that drinking a cup of black or green tea each day reduces the amount of fatty deposits in your arteries, thanks in large part to the naturally occurring phenolic compounds and flavonoids.

Drinking tea reduces your risk of tumors and cancer

Tea has a high concentration of antioxidants, naturally-occurring chemicals which help prevent damage to your cells. Studies have indicated that the antioxidants found in tea lead to a significant reduction in various forms of cancer. You will find the highest amounts of these antioxidants in green tea, black tea, and oolong tea.

This is in large part due to a naturally occurring amino acid in tea (especially green and black tea) called L-theanine. L-theanine boosts your immune system by increasing the ability of your T-cells to fight disease-causing germs and infections.

Recent studies have shown that those who drink anywhere from 3 to 4 cups of tea per day significantly decrease their chances of developing Type-2 diabetes, another deadly killer that contributes to over 200,000 deaths each year in the U.S. alone. The ability of tea to reduce your chances of developing diabetes is also due in large part to the significant amount of antioxidants and magnesium found in teas.

You are likely well aware that the amount of people who can be classified as obese is rising at a rapid pace. And like a large percentage of the population, you may be struggling with your own efforts to lose weight. Green tea in particular has been shown to prevent or reduce obesity, a result of the large amounts of a compound called EGCG that is present in green tea. The EGCG in green tea has been proven to increase the rate your body burns fat and actually reverse instances of obesity.

There's a reason why you may often find that drinking a mug of your favorite tea is a relaxing experience after a long and stressful day. This is because tea has been shown to quickly reduce levels of the stress hormone called cortisol. Cortisol is sometimes called "the death hormone" because it has a toxic effect on our bodies by destroying brain cells, shrinking vital organs, and increasing aging and disease.

A degenerative disorder that affects the central nervous system and causes a loss of basic motor function, Parkinson's Disease affects 1-in-500 Americans. A recent study shows that drinking a cup of black tea each day will reduce your chances of getting Parkinson's Disease by as much as 71 percent.

As you can see, besides the taste and comfort that comes with enjoying a mug of your favorite herbal tea, you may also be adding years to your life and reducing your chances of getting a debilitating disease. Whether you choose a white, green, black, or oolong variety, you are sure to receive many life-extending benefits from drinking tea daily.