It’s No Accident Whisky Is Thailand’s Most Infamous Drink

When you think of Thailand you probably have visions of fancy tropical drinks filled with fruit and an umbrella, accompanied by a handful of straws. A drink people sip as they are laying on the beach in the tropical sun, slowly getting drunk as the day turns to night. The country has a mystical allure to it for people who have not visited. All you know is that it’s far away so they must drink fanciful cocktails.

You’d probably be surprised to know that the Thai’s love their whisky. It’s the most popular drink in the whole country and it’s consumed by nearly everyone. Sitting outside on makeshift tables, the Thai’s line their stomach with this strong spirit every night, until they go home and collapse in a drunken stupor. 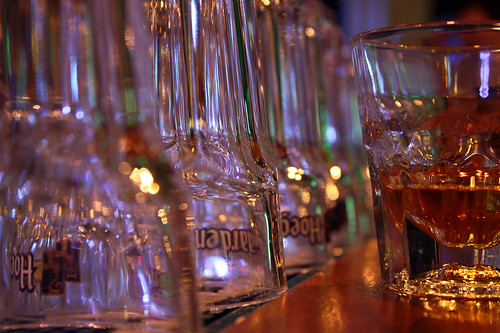 Thailand isn’t a wealthy country. The majority of people probably earn less in a day than you do in an hour. Whisky is the only drink than most people can afford. It’s so cheap it’s available to everyone, and they like a drink. Why waste your money on a few bottles of beer when you can get a whole bottle of whisky for the same price.

Although there are dozens of different prices they also come in much more expensive ranges as well. This is mostly due to the fact they are imported from around the world. For normal Thai’s these are a treat. Anything more expensive than $20 is seen as a status symbol and usually kept for special occasions.

In western counties you would have to wait in line as you bought your drinks individually. This is a horrible way to enjoy a night out as you spend more of your time waiting than you do having fun. Not in Thailand, and it’s all down to whisky. You can actually bring your own bottles into nearly every drinking establishment for a small corkage fee.

Even if you don’t bring your own you can buy a bottle in the club for a little more than what it costs in the supermarket. All you need to do is spend a little money and a waitress will bring you a bucket of ice and some cola. If that wasn’t amazing enough you can even leave your whisky at the club if you don’t finish it. They will put your name on it and you can finish it on your return.

You might stumble across a Thai whisky you don’t see freely served in shops. It’s called Yaa Dong, and it’s technically illegal, but you can still find it in certain places because the authorities turn a blind eye to it. The reason it’s illegal is because nobody can be sure what’s in it. Some say it’s mixed with opium and dragon’s blood. Who knows?

It’s usually found on street carts and comes in a big clear glass bottle. You can buy a glass for less than 50c and it’s well worth the money. Watch you don’t burn your mouth clean off. It’s touted as having

special powers that can cure ailments or act as an aphrodisiac. The recipes have been passed down through the generations and if you’re lucky to find it, you must give it a try.

Peter Lord is a freelance writer and a whisky connoisseur. He writes for Whisky Marketplace and his posts will help you choose a whisky that best suits your palate.