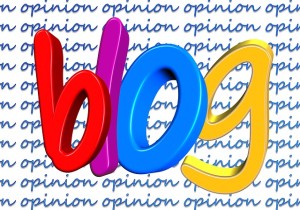 Crazy Food Websites
There are many reasons you might resort to going to food websites. You might have company coming over, your recipe books aren’t cutting it, or you just may want to try something different. For whatever the reason, we’ve put together a list of some sites that go a step further in the unique advice they give users. It might be considered crazy by some, creative by others, and generally delicious by most.

Whether it was seeing them on The Tonight Show with Jay Leno, or just by looking at food videos on Youtube, you might have come across the cooks from Epic Meal Time sometime in the past. Visiting either their website or Youtube channel, you’ll quickly notice the particular emphasis on both bacon and Jack Daniel’s in their ingredients. The resulting product by these Canadian cooks are usually meals extremely high in calories and meat. Their website always has a featured dish, which might be whisky and coke ribs one week, and candy bacon or an edible sombrero the next. Their site also directs you to their popular shows such as the Food Network’s Epic Chef, inspired by Epic Meal Time, in which chefs utilize secret ingredients with bacon and Jack Daniel’s to make a dish in 45 minutes.  The site also offers a store that includes everything from Epic Meal Time key chains to a cook book. The site even practices Throw Back Thursdays, where they post content from back in their beginning days, such as how to make a bacon arachnid. For those who are familiar with this online Youtube sensation, it comes to no surprise Epic Meal Time makes the list for crazy food sites.

This is Why You’re Huge

This site is not concerned with healthy eating and is heavy on visuals that could make mouths water. Not concerned with calories, the site offers creations such as the “Land, Air & Sea Burger” putting together a filet O’Fish, McChicken, and quarter pounder patty all in one between two buns. It breaks down cooking categories into soul food, easy party food ideas, lists of Italian, Mexican food online, and how to bake a chicken. Organizational scheme may not be the site’s strong point, but it more than makes up for the recipes given alongside the humorous site navigation. There’s even an entire page dedicated to proper handling of food to those with less experienced hands and cooking skills.

While maintaining the take on crazy ideas for food on the site, it offers pragmatic solutions to common day issues. One of the most commonly used pages is the easy party food ideas, offering cheap and quick methods to put together finger foods for guests when you’ve got little time on your hands. The suggestions range from casual tiny tacos to more elaborate dishes such as chorizo in red wine. An added plus is that some suggestions are so different from anything in a cookbook or traditional food website, so your snacks will be bound to stand out to guests at a party.

It doesn’t look crazy, but don’t judge it by it’s easy to use navigation and clean design. Foodbeast goes above and beyond with its features of not just restaurants or recipes, but news on everything from food trucks and drinks to particular cravings you might have, fast food updates, and where to get the best deals. Rarely will you encounter any online food site that offers advice or advocates any kind of fast food. Foodbeast does what few if any sites do. It embraces the concept of fast food, and brings you the newest and greatest in the industry. Everything from the “Red, White, & Blue Breakfast Specials” at Denny’s to McDonald’s new limited time Dulce de Leche Shakes are covered. Whether you want a Darth Vader fridge or a basic recipe for a dish, however simple or crazy it is, there’s always a chance you’ll find it on Foodbeast. The site has come a long way from its humble beginnings in an apartment in Orange County.

The Worst Thing I Ever Ate

This site or psudo-blog is a collective work that grows with its following as users submit their poor culinary experiences to the site for publishing. Just snap a photo next time you’re at a restaurant and given something awful, in hopes that you might save someone else the same suffering if they ever come to the Worst Thing I Ever Ate. The site doesn’t exactly offer much help for what to do for parties, recipes to follow, or advice in general. However, this has not prevented it from success, and it more than makes up for the lack of aid with the humorous experiences of other’s less than appetizing experiences with food. If you’re ever down on your own cooking, the Worst Thing I Ever Ate might bring up your spirits through the crazy experiences of others.

About Our Guest Author: