Tailgating season is just around the corner. Are you ready? Even the most basic, no-nonsense guys will admit that a certain amount of preparation is needed if you want to host an enjoyable tailgating party. Here is a very thorough list that will guide you from packing to execution.

What to Pack Things to Set-up Shop

For many, tailgating can be an all day event. Or at the very least – several hours long. You’ll want the experience to be as enjoyable as possible. So, you need the best possible set-up.

Giving your guests directions to your tailgating party can be challenging. Utilizing things like tents and flags provide landmarks to make the task easier (and add team spirit to your festivities).

You can’t really call a gathering a tailgate unless there is a grill involved. It doesn’t need to be fancy; it just needs to get the job done! And, it would be a real bummer if you were all standing around watching the burgers burn because you don’t have anything to flip them.

So make sure you have the following items:

Some people might like to branch out and offer creative food options at their tailgating party. If women get involved, the food selection might even border on froufrou. However, there are some tailgating staples that just shouldn’t be messed with:

While tailgating, you can never have too much!

Also, make sure you have enough coolers to keep it all chilled.

Though they may see small and insignificant, these things can really put your tailgating party over the top.

Always plan an activity or entertainment for your tailgating guests. Eating and drinking can only keep them entertained for so long.

Perhaps this goes without saying, but don’t forget to pack the TICKETS!

While not necessary, these items definitely make the tailgating experience more enjoyable.

Packing It All Up

While you are packing, keep these things in mind:

Execution of a Perfect Tailgate

The ultimate tailgater will take these things into consideration:

Three Things That You Probably Didn’t Know About Pizza 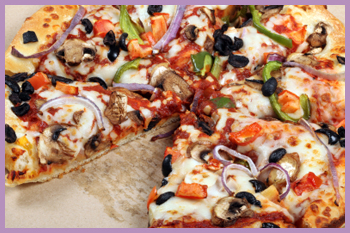 Pizza has become one of the staple diets of the country. It’s become not only a favorite dish, but pizza has also evolved through the years. From pizzas with simple tomato sauce and spices to pizzas with unique toppings such as anchovies, different kinds of cheese, scallions, shrimps, and a whole lot more, you can now easily create your own pizza using your favorite ingredients.

Listed below are some fun facts that you probably didn’t know about pizza.

Naples is the birth place of pizza.

People have long been cooking flat bread over hot stones and putting different toppings on them. However, the pizza that we know of today came from Naples, Italy. It was created in the 16th century, at the time when tomatoes were first used in the kitchen.

Pizza was considered as a working man’s bread, owing to the fact that it was the workers and their families who commonly make this meal. It was not only a cheap dish to make, but it was also very convenient. After all, the flat bread also doubles as a plate, and there’s also the fact that utensils are not required to eat this dish.

When tomatoes were added to the flat bread, pizza gained the attention of even the rich people. It also piqued the interest of the royal families that, pretty soon, pizza became a popular food in the city. In time, its popularity spread across the country, and due to migration, the popularity of pizza spread even further.

Cheese, as an ingredient, was not included in the original toppings.

Contrary to what many people think about pizza, cheese is actually not included in the original toppings. In fact, cheese was only added to pizza during the 1880s.

Cheese on pizza became all the more popular when Queen Margherita of Italy visited Naples and asked Chef Raffaele Esposito to make her a pizza. Thinking to impress the queen, the chef and his wife made the queen three types of pizza, one of which was a flat bread with tomato sauce and topped with mozzarella cheese as well basil. The colors of the pizza so impressed the queen; they accurately represented the colors of the national flag. If the colors impressed her though, so did the exquisite taste of the pizza. She liked it so much that this type of pizza was named after her, the Pizza Margherita.

Pizza is a billion dollar industry.

It was in the late 1730s that the first pizzeria was opened in Naples, and it was named Antica Pizzeria. The pizzeria became a huge success that many pizzerias soon opened, and from Naples, the pizzeria industry boomed.

The first pizzeria in the United States was opened in New York City by Gennaro Lombardi, an immigrant from Italy. From there, the popularity of pizza grew. Today, it is a 30-billion dollar industry in the United States and has become one of the most ordered and consumed dish especially during holidays and special events like the Super Bowl.

Jennifer Dahling is a self-proclaimed pizza addict. She regularly contributes articles about this famous dish to a Wakefield Pizza provider, a pizzeria where you can satisfy your pizza cravings.