Adopt a French Attitude to Food and Never Diet Again

It has, for generations, been an infuriating and mysterious paradox – how do French women drink wine and eat baguettes, croissants and rich dishes, yet stay so trim? Mireille Guiliano set to uncover that mystery in her bestselling book French Women Don’t Get Fat, where she extolls the virtues of adopting a French attitude to food which is all about enjoying and savouring what you eat in order to stay slim and healthy. Guiliano insists that, rather than feeling guilty about eating ‘naughty’ foods and depriving yourself, you should eat what you like and in doing so will naturally eat such foods in moderation. It might just solve the question of why, despite being a nation of food lovers, and a nation which produces great food, the French seem to be far healthier and slimmer than many in the western world.

Fois gras, confit de canard, steak frites, bouillabaisse, buttery and creamy sauces, crème caramel, pastries of every shape and size – the mouth waters at the thought of it. French cuisine is truly delicious but can be highly calorific. So how are the French, as a nation, slimmer, with a reduced risk of heart disease and longer life expectancies? French women don’t count calories or worry about fat content, and they don’t fret about strenuous exercise. France’s heritage is founded upon food and the country has produced some of the greatest chefs of all time, and continues to do so. The French are passionate about food and thus savour it, experiencing the flavours in their mouths, and enjoying every mouthful. Meals last an average of 2 hours – they eat slowly and with friends. Meals often consist of several courses but they are small and spaced out, giving the brain time to catch up with the stomach. You’ll never find any ‘food on the go’ products in France.

Every French village boasts a weekly market, packed full of delicious, homemade, fresh foods which aren’t processed. Hydrogenated oil, E numbers and preservatives rarely find their way onto a French table. French women would rather eat one square of real, intense, dark chocolate, than a large portion of some sort of frozen dessert. And therein lies the real answer – if you eat something delicious and truly savour it, you really don’t need as much. Further, a diet rich in fat stimulates the production of cholecystokin, a signal to the brain which induces feelings of satisfaction long after eating even the smallest portions of high-fat foods – this is why the French don’t tend to snack in between meals.

So the answer to staying slim and healthy whilst still eating what you like? It’s just that – to like what you eat and to savour it slowly. Eat a beautiful piece of brie and you won’t need much to feel satisfied. Take the time to prepare a wonderful meal and then sit down, with friends and family, and take just as much time to eat it. Enjoy good food and listen to your body when it says it’s full. Eat like the French and you’ll never need to diet, plus you’ll be eating tastier food. What’s not to love about that?

Journalist and copywriter Emily Buckley is a self-confessed foodie and counts French cuisine as one of her favourites, which is why she is eagerly awaiting the opening of Guillaume in Perth later this year. Oh, and she never diets. 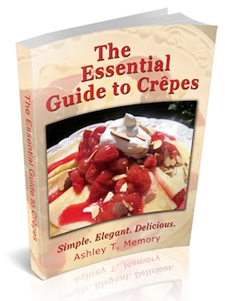